Everyone has a daily routine of some kind.

For millions of people this includes both coffee and smartphones.

According to Statistic Brain, 100 million Americans drink coffee every day, and nearly 70 percent drink it within the first hour of waking up.

Even more of us are using smartphones. Statista reports more than 160 million U.S. smartphone users as of 2014. And, according to Mother Jones and Good Technology, nearly 70 percent check work email before 8 a.m. 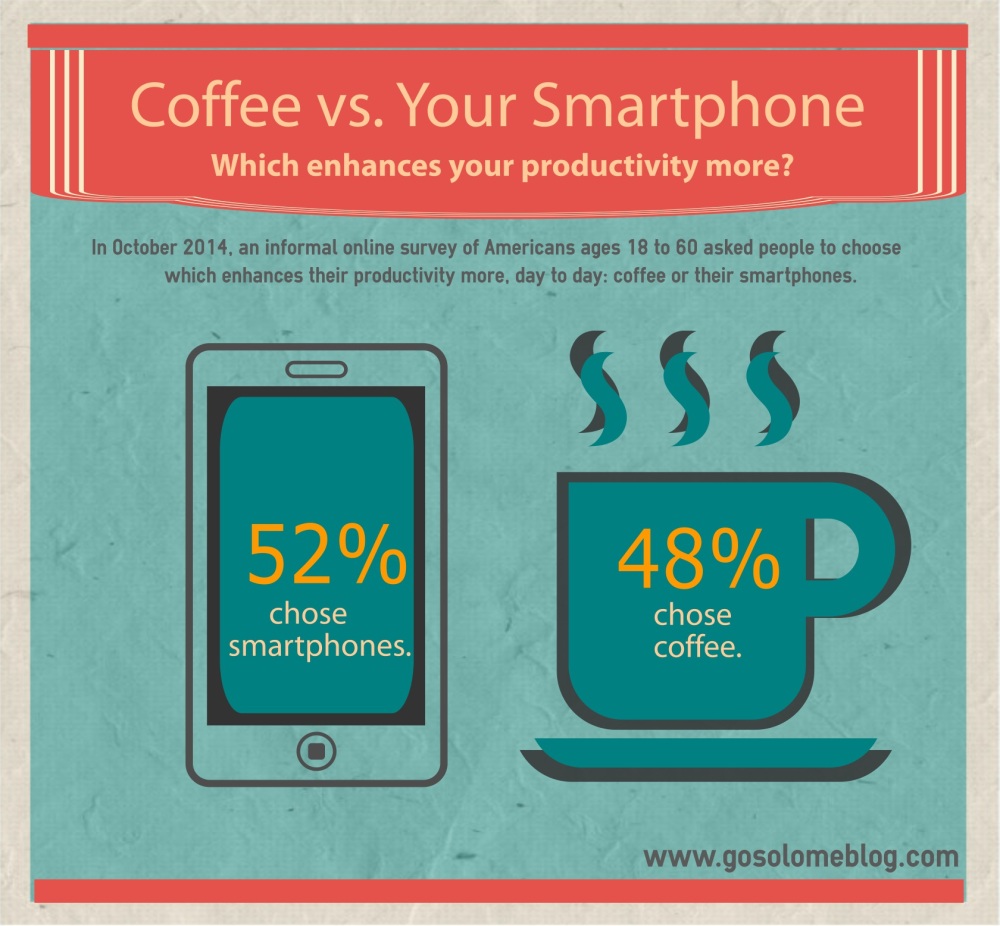 There’s no shortage of research, statistics and opinions on the productivity gains — and losses — that either provides.

Lifehack and Dunkin Donuts report that 46 percent of workers claim they are overall less productive without their java. And Mother Jones reports that U.S. employee productivity is up more than 20 percent since 2000, the same time period that has seen smartphone ownership and usage surge.

This made me curious… What do people think actually helps the most?

The infographic posted here reflects the results of an informal survey I ran this month of roughly 100 people. As you can see, it shows only a four percent difference in opinion between the two.

To me, this shows how much people are relying on both day-to-day. It also shows that smartphones own significant real estate in our minds as vital daily life tools… Whether they actually help us to be more productive or not, we THINK they do.

Do the survey results surprise you?

Which do you think boost your productivity the most?